Malware, which includes spyware, ransomware, viruses, and worms, is harmful software. When a user clicks on a malicious link or attachment, harmful software is installed and malware is triggered. According to Cisco, once triggered, malware can:

Emotet is described as “an advanced, modular banking Trojan that primarily serves as a downloader or dropper of other banking Trojans” by the Cybersecurity and Infrastructure Security Agency (CISA). Emotet is still among the priciest and most harmful spyware.

A cyber assault known as a denial of service (DoS) bombards a computer or network with requests, preventing it from responding. The same technique is accomplished via a distributed DoS (DDoS), except the attack comes from a computer network. Flood attacks are frequently used by cyber attackers to thwart the “handshake” procedure and do a DoS. There are numerous additional methods that may be employed, and some cybercriminals make use of networks being down to conduct additional assaults. According to Jeff Melnick of Netwrix, a provider of information technology security software, a botnet is a type of DDoS in which millions of devices can be infected with malware and under the control of a hacker. Botnets, also referred to as zombie systems, aim at and overpower a target’s computing power. The sites of botnets vary geographically, making them difficult to track.

4. Man in the Middle

When hackers interject themselves into a two-party transaction, a man-in-the-middle (MITM) assault takes place. According to Cisco, they can filter and take data after disrupting the traffic. When a visitor makes use of an unprotected public Wi-Fi network, MITM assaults frequently happen. Attackers place themselves in the way of the visitor and the network, then employ malware to set up malicious software and access data.

Phishing attacks use phony correspondence, such an email, to con the recipient into opening it and following the instructions contained therein, like entering a credit card number. According to Cisco, the intention is to steal personal information like credit card numbers and login credentials or to infect the victim’s computer with malware.

A specific kind of cyberattack called a Structured Query Language (SQL) injection happens when malicious code is inserted into a server that supports SQL. The server divulges information when infected. Simply typing the malicious code into a search box on a susceptible website can submit it.

A cyber attacker has access to a lot of data with the appropriate password. According to Data Insider, social engineering is a sort of password assault that “relies primarily on human interaction and frequently involves persuading users into breaching common security procedures.” Accessing a password database or blatant guessing are examples of other password assaults. 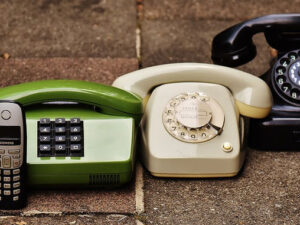 WHY USE VoIP FOR YOUR BUSINESS? 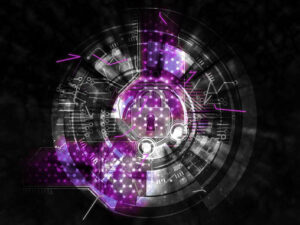